The community of Holy Spirit College, Bellambi has grown in an environment of respect and appreciation for the past, and a tremendous enthusiasm and hope for the future.

Holy Spirit College holds the founders of our college in high esteem and gratitude. The desire of both these religious orders to educate and inspire young people remains at the heart of our College today. The College House System marks the importance of our heritage.

Colin House is named after Jean-Claude Colin, the founder of the Marist Fathers, the order which served the community at Bellambi from 1962 to the late 1980s.

Gilmartin House is named in honour of the first Principal of St. Paul’s, Father E. M. Gilmartin. Fr. Gilmartin, along with two priests, opened the school in 1962 with an enrolment of sixty boys, on land left to the Marist Fathers by John Cawley specifically for educational purposes.

MacKillop House honours St. Mary of the Cross MacKillop, the founder of the Sisters of St Joseph. This order opened a College for girls in 1966 on land west of St Paul’s that was granted to them by the Marist Fathers.

Along with four other sisters, Sister Angela taught students amidst ongoing construction and escorted the students around the streets of Bellambi at lunchtime as there were no adequate areas for the girls to have their lunchtime break. The decision to combine the schools was made in 1981. The College commenced amalgamation at the start of 1983, even though Year 11 and 12 girls had attended classes at St Paul’s in 1982. For some, the amalgamation signalled the end of an era. For those most concerned for the Catholic education of the youth of the region, it marked a new beginning. Holy Spirit College was named by Bishop William Murray towards the end of 1982.

Since 1983, the business of construction and renovation has not only been a physical one but also a spiritual one. The community of Holy Spirit College has now grown in an environment of respect and appreciation of the past and a tremendous enthusiasm and hope for the future.

The Sisters of Saint Joseph

The Sisters of St Joseph, a lay religious congregation, was founded in Australia in 1866 by Mary MacKillop, to meet the educational needs of outback children in Australia and to redress many of the social problems which were experienced in the early colony. Despite many disappointments, setbacks and controversies, Mary’s tremendous courage, her faith and confidence in God, and her belief in the value of the work of the congregation, resulted in the rapid and vibrant growth of the order which numbered 1,000 by the turn of the century. The Sisters are presently involved in primary and secondary schools throughout Australia and New Zealand and are also engaged in a wide variety of other works.

The Marist Fathers, an international order of priests and brothers, is dedicated to the service of God’s people in the spirit of Mary. The order began in France in the early 19th century when a group of young men were inspired by the image of Mary’s presence in the early church. They exercise their ministry in various works throughout the world – secondary education, tertiary education and Christian formation, overseas missions, retreats, parishes, etc. In fact, Marists are called to work wherever it is felt that they can be of service to people in need. The Marist Fathers is one branch of the Marist Family, which includes Marist Sisters, Marist Brothers, Missionary Sisters of the Society of Mary and Lay Marists. 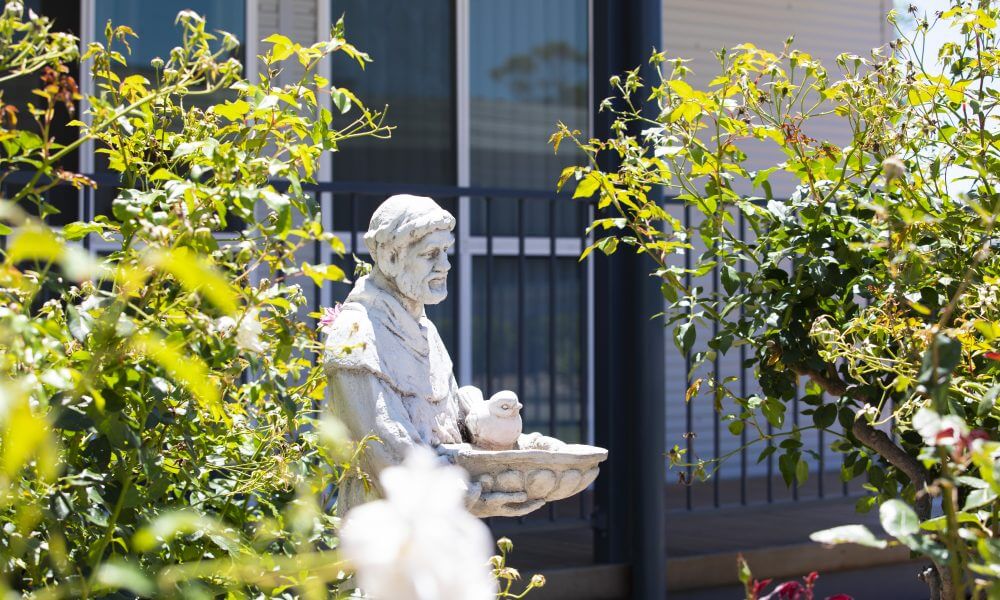 The College Motto and Emblem

The College Motto ‘Live By The Truth’ comes from the Gospel of St John: “But whoever lives by the truth comes into the light, so that it may be seen plainly that what they have done has been done in the sight of God” (3:21). The motto reminds the College community that Christ is the role model for all we undertake. Jesus described himself as “the way, the truth and the life” (John 14:6) hence by following the example of Christ, we enable the mission of our Baptism to be lived on a daily basis.

The emblem was designed by Ann Ali, an Art teacher at Holy Spirit College in 1983 and previously at St Paul’s. Sadly, she was killed in a car accident in January 1984, so she did not get a chance to see the emblem in use for very long. The emblem depicts the Holy Spirit with seven tongues of fire as brought forth at Pentecost. The ongoing revelation of the Holy Spirit is the responsibility of the Church, however all Christian adherents are endowed with the gifts of the Holy Spirit. When we follow the example of Christ these gifts bring forth the ‘fruits’ of the Holy Spirit seeing us do good for those in our community and beyond.